What state has the best pay for nurses? 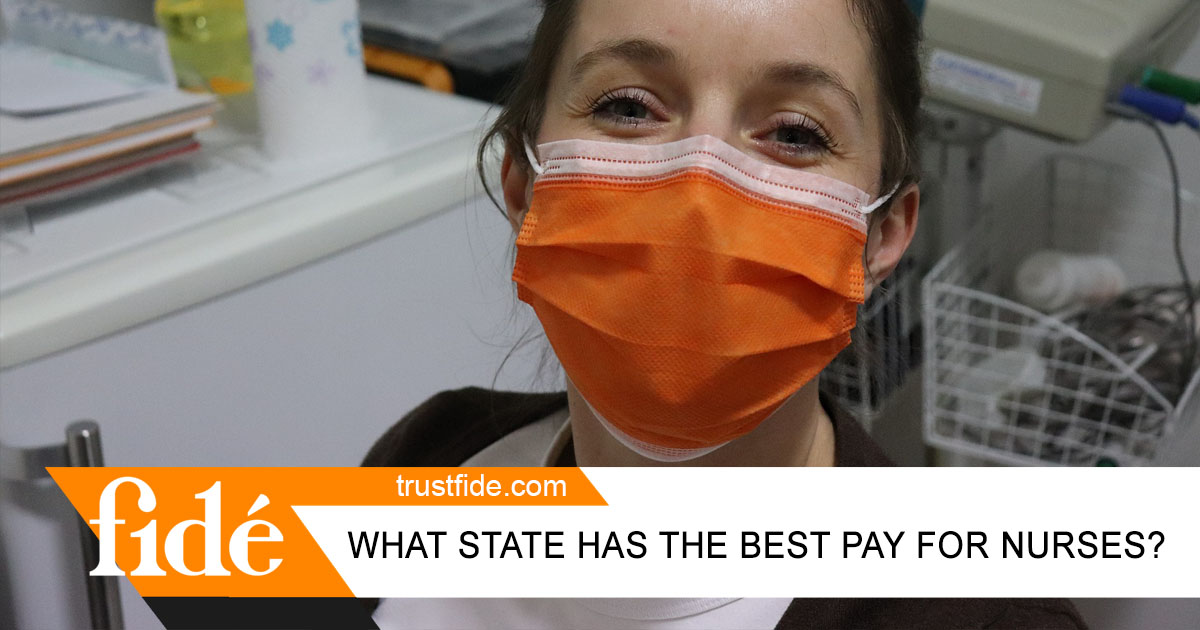 The path to becoming a registered nurse can be expensive. In the United States, the average nurse graduates with around $50,000 in debt. Couple that with the high level of training and experience required to become a nurse and it is no surprise that many newly minted (and experienced) nurses are basing their decision on where to practice on the issue of pay. After all, you deserve to be compensated for your education and skills! What state has the best pay for nurses depends on a few factors, including average base salary and cost of living. Other factors, like the quality of life and social satisfaction, are important to keep in mind but do tend to vary from person-to-person and will not be discussed here.

When considering just average base salary, California unsurprisingly has all other states beat. The top five states with the highest base salary for registered nurses are:

As anyone who has ever been to California, Hawaii, Washington D.C., or any of these other high-salaried locales can attest, these are some of the most expensive areas in the United States of America to live and work.

Here is a thought experiment based solely on variations in rent prices: the average monthly rent of a one-bedroom apartment in California is $2,100. Compare that to $1,050, which is the average cost to rent a one-bedroom apartment in Nevada (average nurse salary of $85,600 per year). Overall, the average Californian nurse is spending an average of $12,600 extra per year just on rent when compared to their neighbors one state over. With the average Californian nurse making about $27,000 a year more than the average Nevadan nurse, almost half of that excess is going toward their rent. In states with lower rents and a more buyer-friendly property market that discrepancy will be even greater. This is before considering state and local tax differences as well as other cost-of-living differences like groceries, healthcare, and insurance premiums.

So, if a newly graduated nurse’s goal is to move to a state that will allow them to earn and save as much money as possible, base salary must be compared to and adjusted for cost-of-living. This can be accomplished using a cost-of-living index. A cost of living index is a statistical formula that aggregates known costs in an area and assigns them an index value compared to a known international location (like New York City). This gives a clearer picture of average nurse salaries and their buying power and allows us to compare salaries that have been adjusted to reflect the cost of living in each state. Taking the cost of living index into account, here are the top five states with the highest nurse salaries:

As you can see, when cost-of-living is taken into account the list changes pretty dramatically. States like New Mexico and Arizona are aided by their comparatively low cost of living. While this metric does not take quality of life into account, it does provide a much more realistic idea of what a travel nurse could expect to earn in these various locations. Clearly, determining what state has the best pay for nurses is a little more complicated than just finding the highest salary. Cost-of-living, job satisfaction, benefits, and quality of life are all metrics that everyone, from newly matriculated RNs to travel nurses looking for a change of venue, should take into consideration. If you are a registered nurse who is considering relocation, we would be more than happy to speak to you and help you determine if fidé would be a good fit, contact us today to get started.
Tags: nurse, pay, pay rate by state
next article 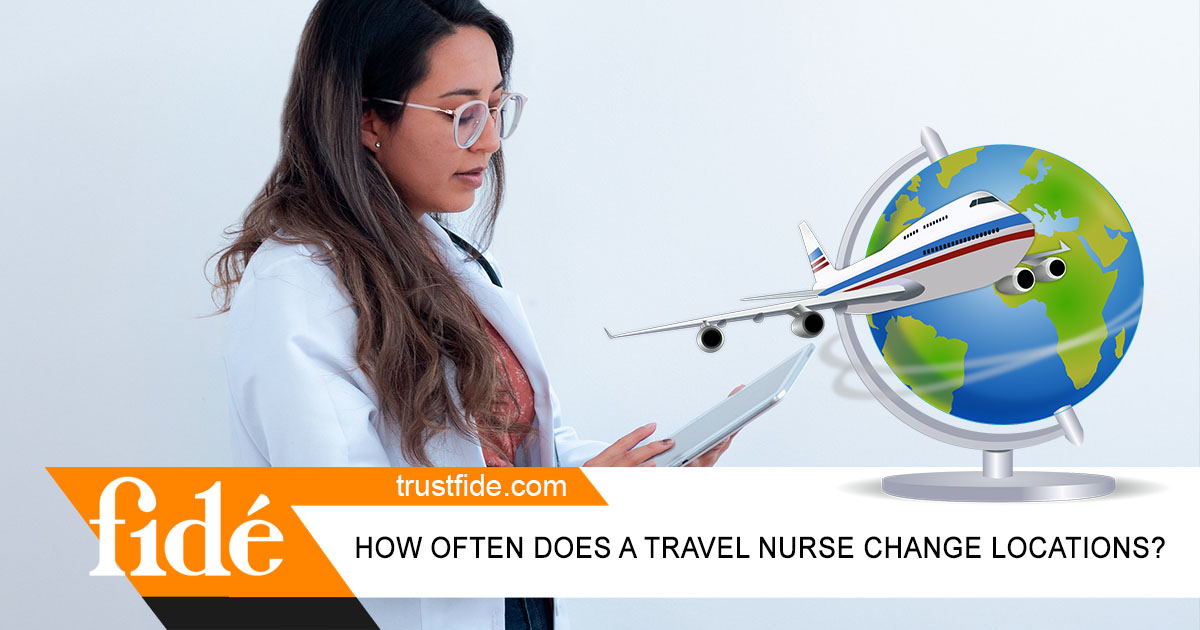 How often does a travel nurse ...

What state has the best pay fo... 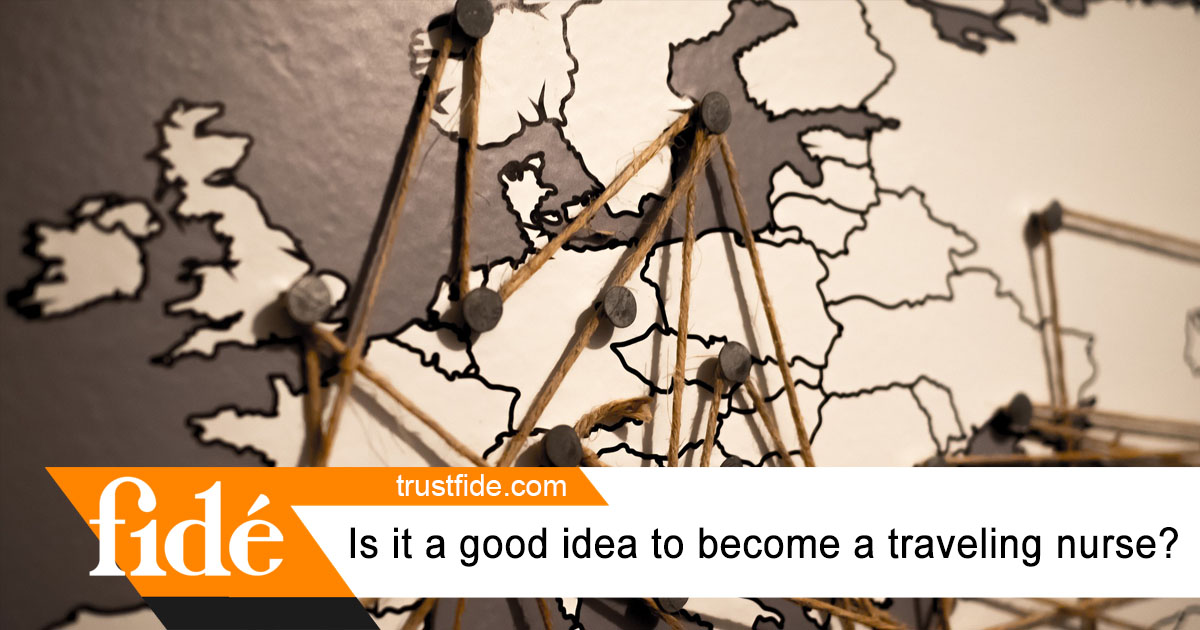 January 2023
How helpful are staffing agencies to an individual
Is it a good idea to become a traveling nurse?
What state has the best pay for nurses?
What are some advantages of becoming a travel nurse?
December 2022
How often does a travel nurse change locations?
October 2022
Why are Healthcare Employers turning toward staffing age...
September 2022
What is Travel Nursing?
May 2022
How to Succeed at your first healthcare job interview
April 2022
6 Strategies to Help you prepare for Night-Shift Nursing